On July 10 of 2020 (from 8 am to 15:30 pm Beijing time), a court session in the case of three citizens of Kazakhstan in the Koktogai District of the Altai Territory of Xinjiang. Citizens of Kazakhstan Nurlan Nabiuly, Nagyz Mukhameduly, Tolkyn Sogysaiuly were detained 3 years ago (at end of 2017 to March 2018) by the Public Security Service of the Koktogay region and have since been detained in the Koktogay region. Originally, they were charged for against nationalism, destruction of national integrity, and also were accused of protesting for the demography and educational policy ("Planned Birth", "Bilingual Education") of China.

During the July 10 trial, a number of charges were dropped from them, however remained charges like "extreme nationalist", "national separatist", "a threat to the country's integrity" and "traitor." However, there was not clear evidence of the charges (no audio or video recordings), only the "testimony" of specially trained "witnesses".

According to the sources (names will not disclosed for reasons of personal safety), before the trial, investigators tried to convince them to confess their "crimes" during the trial and "to ask the party and the government for forgiveness". Investigators said them that only then the court's decision will be simplified. The defendants have agreed before the trial, because if they disagreed with these demands, the court would not be held). During the trial, all three have openly declared their disagreement with the charges against them. They denied the charges, claiming that they had been detained for 57 days and sustained serious injuries, and demanded that the Koktogay District Public Security Service and the National Security Bureau reconsider actions in accordance with the law. According to the sources, investigators tried to make them to confess their "crimes" using horrific methods of punishment. They were beaten, and kept them sleep and deprived of food for almost two months.

More than two months after the first court hearing (September 24), citizens of Kazakhstan Nurlan Nabiuly, Nagyz Mukhameduly and Tolkyn Sogisaiuly were sentenced to life imprisonment, despite the fact that all three did not agree with the charges against them. The verdict included "extreme nationalism", "a threat to the integrity of the Motherland" etc. In addition to the accusations, there are allegations of "establishing contacts with Kazakh organizations from Kazakhstan", frequent contacts with Kazakhstan and congratulating and celebrating Kazakhstan's Independence Day. In addition, the verdict does not take into account the disability of one of the accused, Nurlan Nabiuly, due to serious visual impairment.

It is noteworthy that all three men sentenced to life imprisonment with serious charges are direct descendants of the famous Ospan Batyr Salimuly, the leader of the Kazakh national liberation revolutions in Xinjiang in the 20th century. 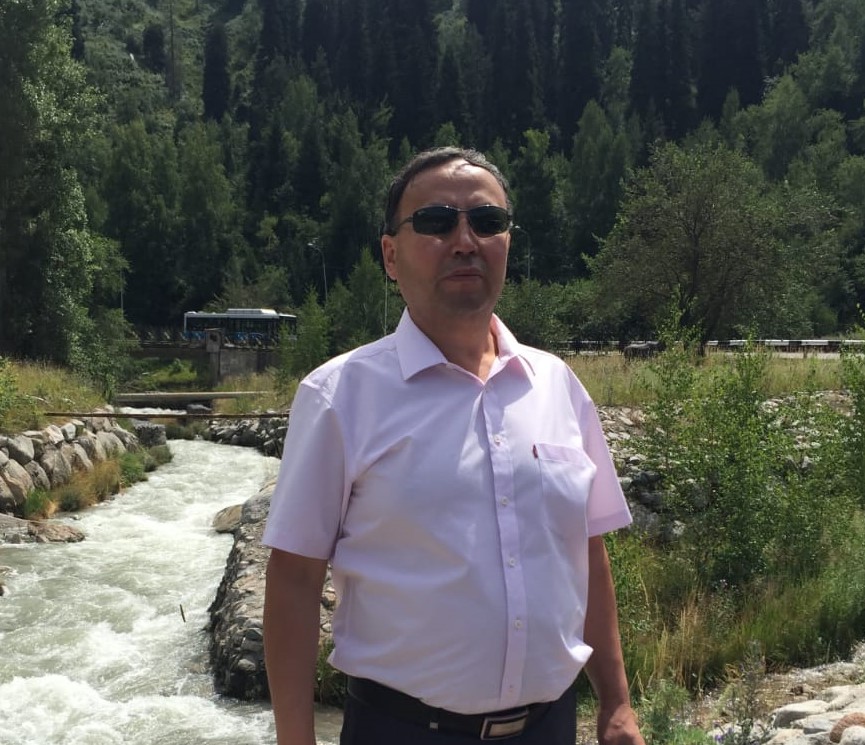 Nurlan Nabiuly (grandson of Ospan Batyr) was born in 1966 in the Koktogay region of the People's Republic of China. Since 1990, he worked at the Koktogay District People's Court. In 2000, he retired from public service for health reasons. In March 2018, he was detained for no reason. 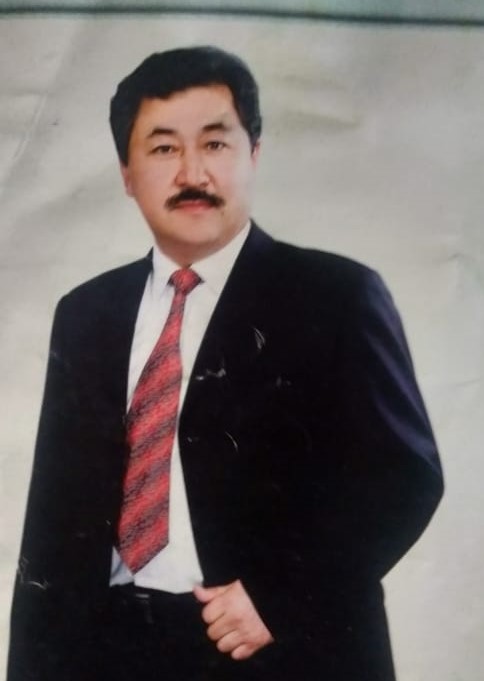 Nagyz Mukhammeduly (a descendant of Ospan Batyr's cousins) was born in 1968 in the Koktogay region of the People's Republic of China. Since 1991, he worked at the Koktogay District House of Culture, then at the Altai Regional Cultural Institution. He was arrested in March 2018 for no reason. 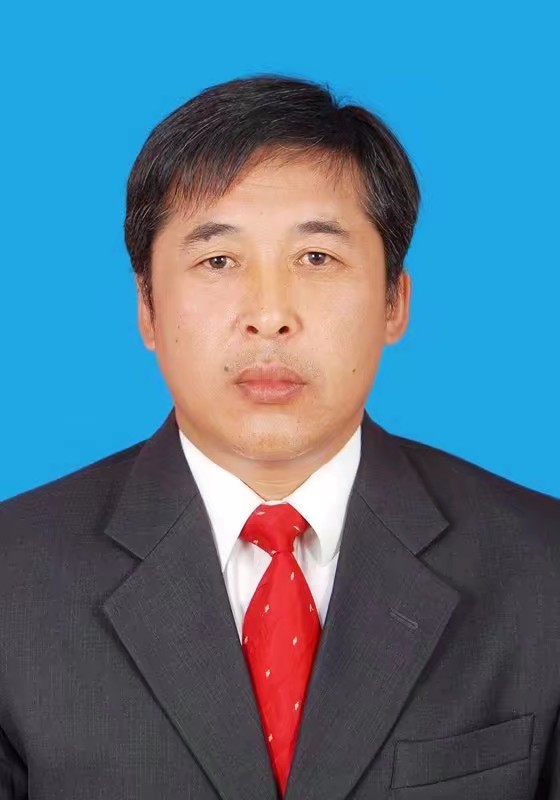 Tolkyn Sogyaiuly (a descendant of Ospan Batyr's cousins) was born in 1968 in the Koktogay region of the People's Republic of China. Since 1990 he has been teaching at secondary school №1 of the Koktogay region. He was arrested in December 2017 without any explanation.

According to sources, the main reason for the conviction was that they were direct relatives and cousins ​​of Ospan Batyr. Ospan Batyr was one of the few people in China, especially in Xinjiang, that he must not be justified. Xinjiang banned to glorify the name of Ospan Batyr, as the leader of the national liberation revolution. On the contrary, the state tries to portray him as a "rebel" and a "gang".

At the time of intensification Xinjiang's policy cracking down on ethnic minorities under the guise of "fighting terrorism and religious extremism", a political movement called "Exposing the Hypocrites" was launched. As a result of this exaggerated movement, many patriotic and active minorities have been persecuted. They were charged with "establishing foreign relations" and "high treason". At the same time, at government meetings in the Koktogay region and the Altai Territory, political slogans were sounded "Destroying the descendants of Ospan Batyr".

According to sources, the secretary of the Altai Regional Party Committee Zhang Yan (张岩) and his deputy Kaden Kabenuly and the secretary of the Koktogai District Party Committee Liu Cheng (刘成) directly influenced the charges and severe punishment of the three. They were instructed to "destroy the descendants of Ospan Batyr, "underground" organizations, and make a tough decision". The heads of the Koktogay district public security service (police) and the National Security Department also made every effort to ensure that Nurlan Nabiuly, Nagyz Mukhameduly and Tolkyn Sogysaiuly plead guilty to the charges brought against them. However, these citizens openly stated that they did not comply with the charge against them and the court decision. According to available information, the reason for accusing Tolkyn Sogysaiuly of "hypocrisy" was direct slander by the director of the district secondary school Tan Sun. According to the independent experts, these officials deliberately persecuted the descendants of Ospan Batyr to prove to their superiors that they were “successful” in carrying out the political movement.

The Chinese government's political actions in Xinjiang not only seriously violate the civil and human rights of ethnic minorities, but also to some extent negatively affect the shared values ​​of the Kazakh nation and the families of Kazakh citizens. The relatives (children, parents, brothers and sisters) of the citizens who are groundlessly accused by the Koktogay district public security service (police) and the National Security Department are the citizens of the Republic of Kazakhstan. In addition, Ospan Batyr is one of the historical figures with a very high status among the Kazakh people.

At international scientific conferences in our country and abroad, he is called a national hero not only of Kazakhs, but of the entire Turkic world. It is clear that the persecution of the descendants of such a person will cause a great uproar and protest among the entire Kazakh people. As a result, diplomatic and trade and economic relations between the two countries that have established friendly relations may suffer. Therefore, the Ministry of Foreign Affairs of the Republic of Kazakhstan, the Presidential Administration should take this issue into account and, through diplomatic channels, make efforts to prevent such a negative development of events that may negatively affect relations between peoples.

The imprisonment of over 1 million ethnic minorities in Xinjiang (according to the United Nations) and the serious violation of their fundamental rights, national customs and religious beliefs should be seen as the greatest attack on the shared values ​​of humankind in the 21st century. Therefore the United Nations, international human rights organizations, the European Parliament should pay more attention to the issue of human rights in Xinjiang, increase the pressure of international sanctions, thereby making efforts to protect the common values ​​of humankind.