According to the results of the «QS World University Ranking by Subject 2019» al-Farabi KazNU became the first among the Universities of the CIS countries to enter the top 51-100 HEI’s in the world in the specialty of «Modern Linguistics», rising by 50 positions. In total, six specialties of the leading Kazakhstani University have been listed in this ranking, reports the press service of KazNU.

KazNU has significantly improved its last year performance in QS «WUR by Subject 2019». For the first time, the specialty of «Linguistics» was included in the 201-250 group of the rating, «Law» and «English Language & Literature» were included in the group 251-300. In addition, the specialty «Arts and Humanities» was listed in 339th place, and «Social Sciences & Management» in 364thplace. 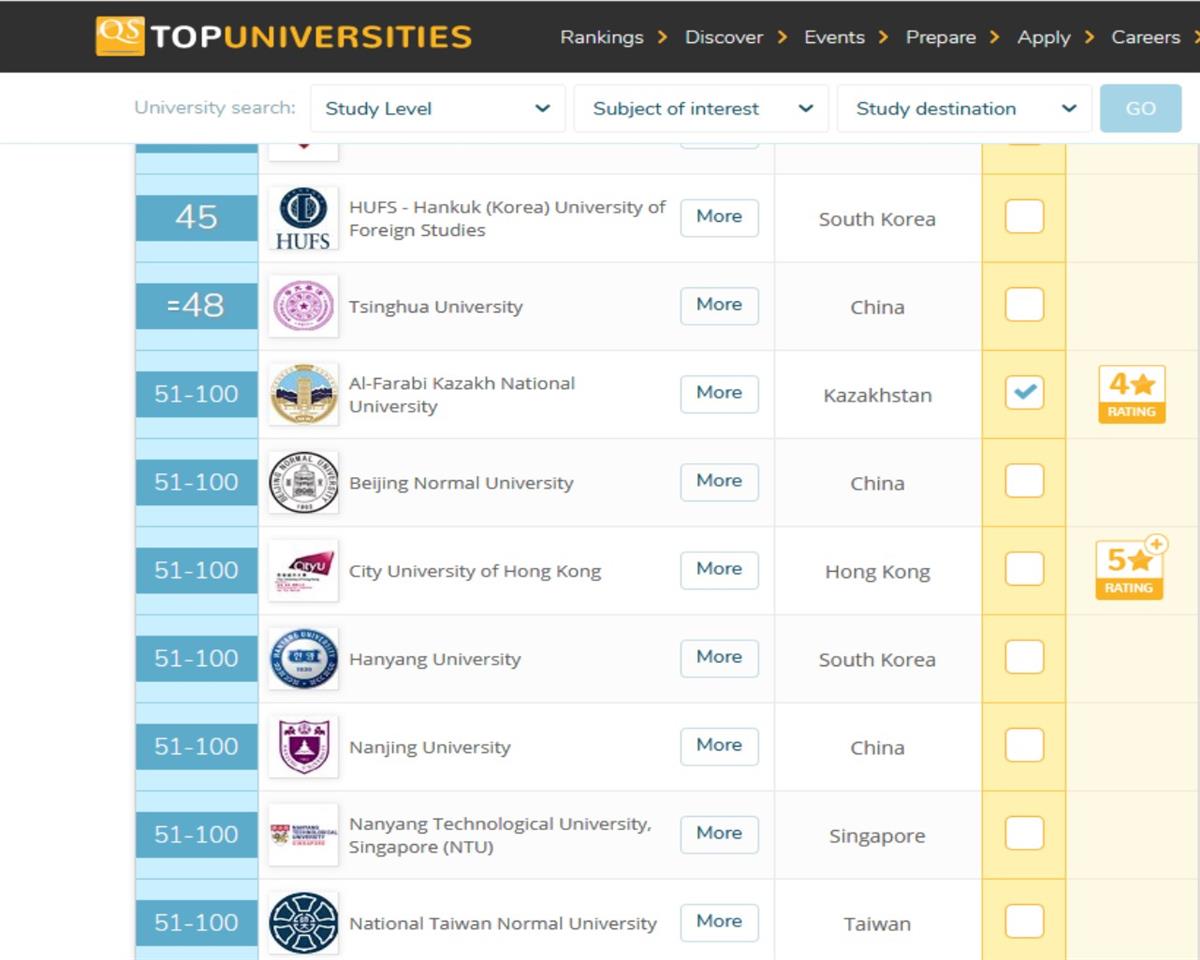 The ranking methodology is based on four key indicators: academic reputation, reputation among employers, citation of scientific articles and the Hirsch index. The QS «WUR by Subject 2019» was compiled taking into account the views of more than 83 thousand academicians, and 42 thousand employers, as well as data taken from the Elsevier Scopus database.

In addition, it should be noted that KazNU, following the course of transformation into a world-class research university, has been successfully promoted in world rankings. Thus, in 2018, according to the results of the global QS ranking, the leading Kazakhstani University was ranked among the top 220 HEI’s of the world. From the CIS countries this group included only Lomonosov Moscow State University and Al-Farabi KazNU.