Today, on the afternoon of June 10, the police surrounded the park "Astana" and the Aliya-Manshuk Park in Almaty. The square in Tole bi Street and the park near it are full of special police and police officers. 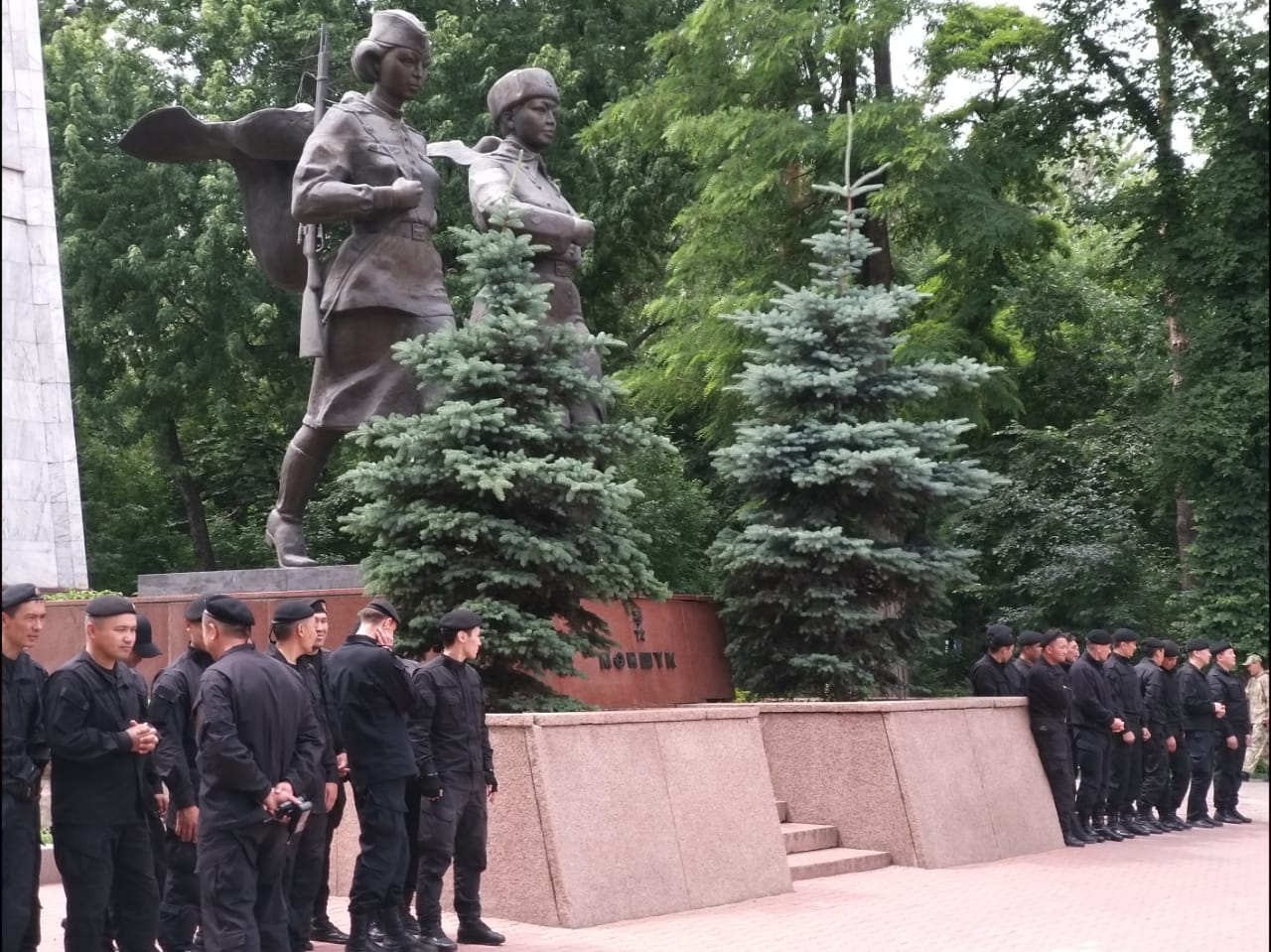 Guards to the monument of Aliya and Manshuk. Photo: QT

According to the reporters,  streets close to the Astana square as Abylai Khan, Kazybek bi, Bogenbay and Panfilovare under police control and special cars are installed. There are also soldiers of "National Guard" around the nearby streets. 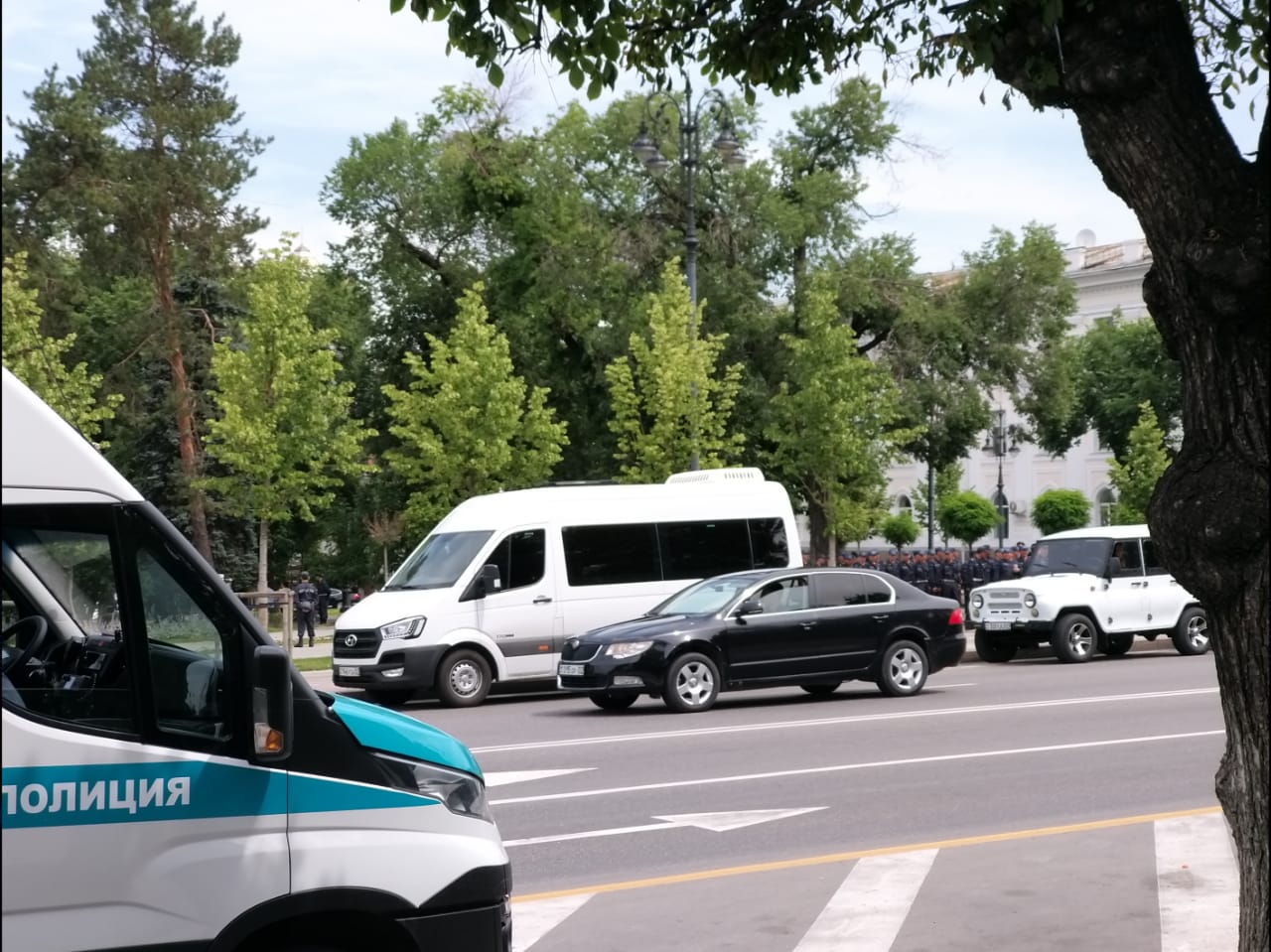 Recall, yesterday, June 9, during the early presidential election, the protest action was held near the square. The protests, which were declared illegal by the official side, were distributed by the police and special forces.

A number of media outlets reported that police arrested hundreds of people. According to the latest information, the police started taking people on the square one by one.